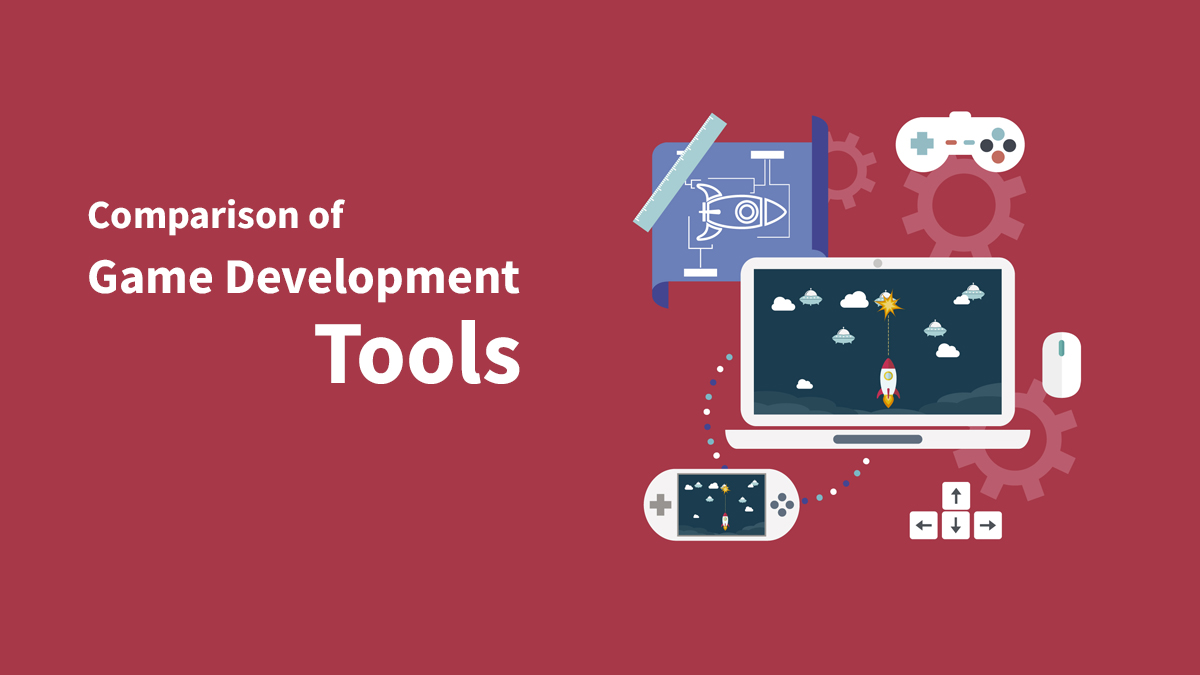 Thinking to develop a game and worried about aligning the linear algebra and computer programming? That’s a long time gone. Many of the latest tools are available to meet your conceptualization to cater to the basic functions of developing a game and also helps you to focus more on building game mechanics. The development of games is not a single-player entity but involves a complete team including the game designer, the developer, the critics, the player, and the level designer. All these team members combine their efforts to develop a game, which is booming the internet by storm.

The gaming industry generates more than $100 billion and employees thousands of people from different sectors around the globe. This is the very reason that many of the game developers are creating their games and to develop a game, these developers need some useful tools to streamline their programming. However, no magic solves all problems ranging from concept to finalizing – the gaming industry is not a niche arena any more. The gaming market is expected to reach $9,200 million until 2023 and much of the growth is expected in the mobile-based educational games that have paved a new trend in the market.

Game Developers are the mind behind the idea – the creator who starts from scratch and programs a worthy game.  Game developers are involved in multiple aspects – from game programming, level balancing and putting together art and animations provided by various team members. Game developers use various tools to facilitate with game development. The article discuss those tools in details. At times, few tools allow beginners or game creators to develop games without limited coding experience.

Few drag and drop tools help you develop games without coding. The dragging of the frameworks will allow the developer to create a game at a rapid pace and also release it on Play Store or the iOS as quickly to boost the ratings of the developer and also earning money.

The module allows the developer to create a game using their interface. Game Maker Studio provides a complete setup for the developers; from conceptualization to designing – all is provided within a click. You can build the game by following their tutorials, which can help you, prototype or build a fully functional game with limited programming knowledge.

Game Maker Studio is the perfect game development tool to create 2D games and easily export them to various platforms. This is the first application, which is available for PC and is very popular among armatures game developers. Some of the noteworthy games created with the tool includes

Here are quick glance for benefits and drawbacks for the tool.

Construct 3 is an HTML5 game creator that requires NO coding is required as most features are provided as drag and drop. The features of Construct 2 are fabulous and the effects can be customized according to your needs. The game can be tested and edited without re-compile, which makes development faster.  Few of the noteworthy games developed in Construct 2 includes

Construct 2 is a very powerful tool and very easy to use for creating games. But still, some of the pros and cons are also in every highlighted tool:

Based on one of the easiest coding language Lua; the Corona SDK is the most powerful framework and easy-to-learn platform which is used by many of the latest developers who have the passion to work from a selected plug-in and extensions to bring their dreams into reality. Few of the noteworthy games developed in Corona includes

The Corona SDK is one of the speedy SDK for games and yet some of the interesting Pros and Cons are as under:

The trend of creating 2D games continues and Fusion allows you to create games with a wide range of extensions and programming. All the elements of the games including the positioning of the codes and the strings of texts can easily be handled using the mouse. Top games developed in fusion includes

The only drag and drop software used for gaming is the Build box which is mainly the choice of newbies as it allows the developers to create a game without programming. Build Box is the choice of game enthusiasts who are unaware of any coding and just have flair to create a game. The main features of Build Box are the collision editor and the options bar, which can easily monetize the operations and the physics of the game.

For developers, it is very important to finish the game and get control of the module. The customized options are endless when the developer is targeting the libraries and the tools that are not required when creating from scratch.

One of the most popular and eventfully the most successful game engine awarded by the Guinness World Record, Unreal Engine is the best game engine to create a full-fledged 3D game. Many of the developers are using more sophisticated tools and also using the guides to create a game on their own but need a lot of guidance before finally testing the game. Few noteworthy games developed using unreal engine includes

Probabally one of the most widely adopted game development engine today is Unity. Though started as engine for 3D Games, it has evolved into very effective platform for building 2D as well as 3D Games and for variety of platforms, i.e. mobile , steam or consoles. Few of the noteworthy games developed with unity engine are :

The concept behind the Marmalade SDK is the execution of developers to write once and deploy the codes instantly. All the platforms connecting the gaming consoles are supported by Marmalade, which gives developers exposure to control from devices and utilize as many files as they can to deploy the game.

This open-source framework is the most advanced cross-platform that provides all the GUI based games to interact using the smallest footprint. The core engine provides the gaming stimulation to provide the fastest speed and optimize through any device using any operating system.

All the games developed cannot provide the FUN element if the sound is not good. The audio tools provide a wide range of sound effects that can be used according to the game to provide an ultimate experience to the user :

This is the most advanced audio tool that features rich-interactive support for developers to create dashing audio using the cross-platform sound effect. Wwise allows the developer to create and tweak sound as and when required using all the behavioural aspects of the game.

Choosing a right tool helps you in delivering finished product faster, better and hence cheaper. GenITeam is full stack game development agency and can help in selecting the right tool for game development. We expect Unity and Unreal Engine will be leading in 2020.