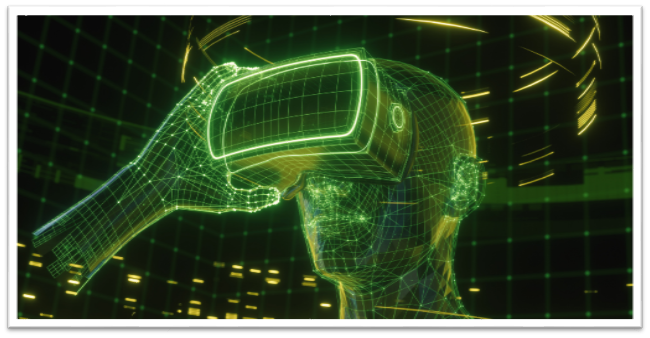 With metaverse just along the horizon, we have discovered the “Reality Infinity Stone”. The scope and possibilities that metaverse brings to the realm are no less than what the Reality Infinity Stone could do. You think the world is not perfect? Well you can make it perfect now. Think that your body can be better? Here is your second chance! There are endless possibilities with what you can do and create using the metaverse, and this is just the tip of the iceberg. Who knows maybe metaverse can do more than what the Reality Infinity Stone could do. With the help of this blog, let me try give answers to the questions in your curious mind.

Metaverse is a vision of the internet made up of shared 3D spaces, better known as virtual reality. Its an ecosystem where Creators, Developers and Player will operating in harmony. According to announcement by Meta (formerly known as Facebook), the metaverse is not only limited to virtual worlds but also takes Augmented reality into account. None of this is new for gamers as this concept has been a familiar one for World of Warcraft and The Second Life players. But since metaverse is also about consumption of digital goods including property, hence blockchain based NFTs come into play.

A lot of people don’t really understand how NFTs will be utilized in a metaverse or real world applications. We tried breaking it down based on player needs but still a long way. Nevertheless, we anticipate absolutely crazy innovations when it comes to NFTs and emergence of potentially enabling metaverse.

Nvidia just announced that its adding AR/VR  viewing, AI training and AI avatar creation to its Omniverse.  They could be the first one to enter in terms of real advanced machine learning computing. This could really move the space in terms of the tech needed to create metaverse.

Nvidia’s Omniverse, termed as “Metaverse for Engineers”, is working on projects to simulate digital twins. It replicates real world environments, which would apply to what we think about in terms of the metaverse. Therefore, Nvidia is really one of those companies that definitely has the potential of being “The One”.

Although metaverse advocates an ecosystem for creators, developers and players, it might be initiated by handful of companies. In these groups, Nvidia could be one of those to definitely watch. Richard Kerris, VP of Omniverse said that for seamless integration, they got to have “consistent foundation and plumbing” to make things work together. NFT will be no different because its an access point that requires massive “plumbing” to make it work. Someone like Nvidia is definitely going in the right direction. You can look at key note video that Nvidia posted few days ago here.

The leap you have to make in going from Web2.0 to Web3.0 is big. Would Web2.0 companies be the one to excel as they have experience in understanding how all this stuff works? Seems like that is going to be the case especially on the gaming side. This makes me wonder if Facebook may have a real play here due to their social positioning as a company.

The developers running Web2.0 right now are starting to get their heads around this. Just like Zuckerberg plans to spin Meta into what it will be a completely new era. If you haven’t checked out Mark’s videos on where the metaverse going, you can have a look at it here.

It will be a hybrid of what the social experience is like nowadays. Sometimes expanded into 3D worlds, along with sometimes projection of entities into physical world. This will let you have immersive experiences with people far away from you, doing things together that aren’t physically possible. This is the next line of social evolution that Meta wants to tap into.

Taking its strength of huge number of users engaging on daily basis, its definitely the right direction to go into. However, NFTs, crypto and blockchain are all about advocating transparency. Meta’s history as far as openness is concerned is not so assuring. Despite surge in Sandbox’s SAND due to Meta’s annoucement, its owner is not so happy about the affiliation. Robby Yung, CEO at Animoca Brands was candid to share his concern about Facebook not having “a great history of openness.” If Meta can turnaround in its impression, there is no doubt they are sitting on a NFT goldmine.

Sandbox steps into NFTs and Metaverse

The Sandbox has attempted to create a metaverse with the help of its game. It’s a community-driven platform where creators can monetize from virtual experiences and assets. The game was made in 2012, but things change once Sandbox got acquired by Animoca. After receiving $2 million in 2019, Sandbox added crypto technology and developed a blockchain version of their platform. Just now, The Sandbox raised $93 million to expand its NFT-based Metaverse.

Within this new blockchain version of Sandbox, players can purchase assets with game’s digital currency. One of these assets is called LAND. It’s a token which represents 96×96 meters property in the metaverse. Within this property, players can not only design games for others to play on, but also allow game designers and developers to publish their experiences. You can also rent out your LAND or stake on it. This fulfills that “play to earn” experience NFTs and Metaverse are promising.

In addition to the NFT type LAND token, there are two other tokens in Sandbox’s metaverse:

SAND: In game currency of the world. You can use it to buy LAND and various pther ASSETs from the marketplace. You can also participate in Decentralized Autonomous Organizations (DAO), which we will discuss in a later blog.

Sandbox uses Ethereum blockchain to track ownership of digital LAND, ASSETS and SAND that users possess. Moreover, users can also hold SAND in their Ethereum Wallets which opens up a lot of options.

Sandbox is not only a game but also a platform that enables users to re. I believe they have integrated NFTs quite seamlessly into the Metaverse. if you’re looking forward to tapping into the crypto world, investing in games using this platform wont be a bad idea.

In 2017, only 1 in 10 people were talking about blockchain and crypto currencies. Nowadays it’s a completely different painted story. Think of NFTs and Metaverse in same way. Right now it’s probably 5 years early, but it’s a huge opportunity for making those ginormous games. A lot of this is moving very fast and eventually starting to make its way into the new marketplaces, resulting in value acceleration.

The connectivity to NFT space is real in the sense of what the future can hold. Along with that you have all these companies that are really advancing the development of ecosystem. It feels like warp speed right now to transition to Web3.0 and a lot of companies/brands are trying to figure out how to make this happen. This will eventually result in so many great projects that will be right at the front.

One thing you need to be aware about is that not every company and every project is going to win. The due diligence you need to do, the research you need to do is important. Follow the tech, follow the money that supports it and follow the founders. Tech is great but you have to be passionate enough to harness it, along strong financial backing of course. The competitive nature of the market will push you or anyone out who can’t hit on all the checkmarks.