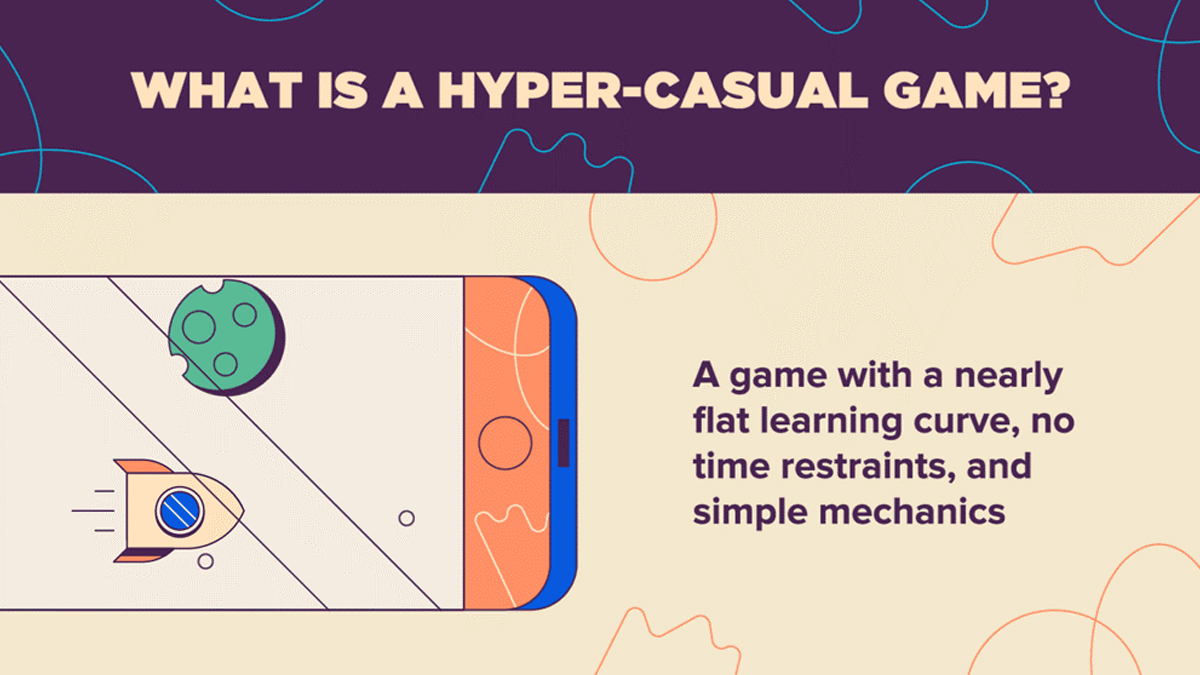 They’re not hyper and casual, just hyper-casual.  Whether you have 5 minutes or 5 hours to play, hyper-casual games are the perfect way to fill the gaps in your day.

How did this genre become so popular? Are hyper-casual games overnight successes or have they been slowly gaining momentum towards achieving a unique model for gamers all across the world?

What are hyper casual games

These games are easy to learn and play, plus they’re addictive, with very little time and attention required. Mainly these types of games have intuitive decision making and as the game progresses the difficulty may increases. These games are extremely easy to play plus they don’t require any strategies so these games serve best to all types of ages.

Within half a century video games have gone from just hobbyist project to accumulating revenues of over $100 billion per year by 2023 it is expected that this figure will be doubled. Mobile gaming is the driving force behind the recent growth of the whole industry, and hyper-casual games are behind mobile gaming growth, with these games topping the app store charts. For instance, Voodoo a leading hyper casual game developer has been steadily acquiring new users and keeping them engaged. Recently Voodoo reported more than 1.5 billion downloads across its portfolio of games. This means that hyper casual games are still in the trend and a game which is full of engagement and interest can go a long way.

When it comes to our take on hyper-casual games we think they’ll stay big in 2020. GeniTeam has both individual and corporate clients looking into getting casual games developed. And their motivation makes a lot of sense.

Before sitting down to pen this blog I reached out to our business development team to get some insight on the requirements we get featuring hyper causal games. Here’s our quick analysis on why they are so lucrative.

Hyper casual games have a lot of benefits firstly it’s a good way of digital marketing as these games creates a long lasting digital footprint our games like food panda really has made a lasting relation with the customers as a result of which it’s a unique way to promote the product. Hyper casual games stand out because they are easy and interesting to play on the business perspective the ratio of success is also greater than other games. Their daily active users are more than other types of games. On the whole hyper casual games are an easy way to generate revenue and engage the gaming community.

By these games many individuals get good rate of return as a result of which these games are made by a lot of gaming companies further many unique and different concepts are applied in these games which makes this genre of gaming distinctive. Moreover the budget used in these games is less than other categories of games.

Our game Food Panda is an endless running game it is exciting as a player does not wants to fall when he/she completes the stage further the graphics of the game is engrossing and animations are also of high standard overall it’s an extremely engaging and  interesting game which makes the experience full of fun.

Sweet revenge is another hyper casual game that our company developed. In this game user has to throw the gummies in order to blast the bears. As the game progresses the level of difficulty increases, hence keep the player engaged. Sharp background color made the game catchy and influx of bears makes it engaging for the players.

Lastly witch hunt is another simple yet habit forming game. Overall theme is dark which gives the game the haunted look the outlook of the game is impressive as the witch gets shot by pumpkins or by ice balls plus simplicity is the key which makes the game standout from other games. The game play is interesting the game itself is involving it makes the player play more and try harder to improve his/her accuracy rate.

User retention for the games

The casual gaming genre is booming

DAU (daily active user) stats are looking pretty good for casual games (other genres). As you can see, the number of people playing titles in this genre is generally on the rise, and has increased by over 50% in the last year alone.

However, the hyper-casual genre is still top of its game

On the other side Arcade (hyper-casual) genre is seeing an overall decline in daily active users but see how daily active users is significantly higher than in casual gaming. That’s because top-performing arcade mobile games remain 3.5x more popular than the average for the industry and is getting 5 times more traffic than other categories.

The rise of the gaming industry has been a slow progression over decade’s The recent growth of mobile gaming has bought hyper casual games in the mass market which means that companies should explore hyper casual game as a way for user retention Review our portfolio for details.